The carnival of uncertainty

It is probably not too dramatic to say that the UK’s EU referendum result has sent a wrecking-ball through the political order. Many articles have made such proclamations. We are now left adrift in the wreckage, a wreckage that is documented in the rapidly multiplying reams of Brexit news stories, commentary and explanation. It is hard to be sure of where we stand – or what we stand upon. Echoing an observation made by Foucault in the mid-1970s, there is ‘a sort of general feeling that the ground is crumbling beneath our feet, especially in the places where it seemed most familiar, most solid, and closest to us’. We have probably all had moments, in recent days, when we have felt disorientated amongst the wash of comment, opinion, claim and counter claim. What permeates through this flow of information and chaotic wrangling is an overwhelming sense of uncertainty. This uncertainty is writ large in the many attempts to explain what has happened and why. It just seems impossible to pin down the reasons and the consequences. The cross-cutting divisions seem too hard to grasp, the old notions of social divisions somehow seem to radically over-simplify what is happening or they just seem outmoded as a framework for coherent explanation. The party political divisions currently offer little hope to those seeking some sanctuary, especially as the parties themselves have imploded over the results. The various attempts to explain and understand the malaise reveal just how impossible that task actually is.

Perhaps then, we can think of the moment we are experiencing in terms of this existential and inescapable sense of uncertainty. In short, we can’t easily explain what is happening because we are not sure. And neither should we be sure. It seems a good moment to revisit and question a range of our established certainties. There seems to be particularly profound danger in any recourse to blunt and ill-informed certainties in this moment – such things could easily fill the vacuum as people try to give themselves a feeling of security and certainty in the onslaught of gusting insecurity and uncertainty. There have been calls for greater understanding, and these should certainly be heeded. But they won’t come easily given the current circumstances and how they might unfold in the coming weeks and months. The difficulty of such a task is revealed when we think of the emergent class divisions and the sociological complexity of the task at hand.

We can begin by trying to think of how we might imagine and understand this prevalent state of uncertainty. By doing so we might be able then to develop new types of understanding along with a less certain form of social knowledge and even an ability to sensitize ourselves to the direction in which things might be heading. There is something of the flavour of Mikhail Bakhtin’s carnival unfolding. The carnival, according to Bakhtin, provides a moment in which the rules and norms of society are subverted, mocked, disregarded and played with. The carnival, Bakhtin claims, brings the ‘realization that established authority and truth are relative’. The carnival provided the opportunity for the hierarchies and social orders to be temporarily disrupted. This is no celebration, but rather the release of frustrations. 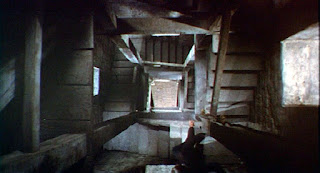 As I write this we seem to be living in a kind of carnival of uncertainty in which the disruptive effects of the referendum have led to the unfurling disruption and subversion of the social order. This might explain why the chaos seems to be contagious and why we are finding hierarchies and social orders being so frequently challenged. The carnival is being made possible by the shared sense of uncertainty and the possibilities for reordering and redrawing the rules and breaking established structures. The prevailing sense of uncertainty is allowing the carnival to spread. It is facilitating the disruption, and meaning that the uncertainty then comes to fuel its own presence.

The carnival of uncertainty is playing out in various ways and with far from predictable or playful consequences. What will happen once the carnivalesque moment has subsided, what of the previous social order will be left? How different will things look once the subversion and disruption passes? These are questions that will be difficult to answer. But they would suggest that we will need to develop a new understanding of that emergent order and what it will bring. It seems unlikely that we can or should retreat to the safety of existing conceptions of the world and of how we can understand it through categories, concepts and ideologies. As certainty returns, it doesn’t mean that our certainties should return with it. We have glimpsed too much in the last few days to know that the ‘fragments of modernity’, as David Frisby once called them, don’t necessarily fit together in the patterns and formations that we may have thought that they did. It is going to take care and urgency to ensure that the response is empathetic and progressive rather than destructive and pathological. Social divisions never went away and neither did the tensions between those, but they could easily get out of hand if blame becomes the means to placate fear ease precarity.  As the fragments fall into place we are already seeing, in the form of scapegoating and rising racially motivated violence and abuse, that the fractions could open up in scary and damaging ways.

Bakhtin’s point about the carnival was that it brought with it a temporary period of disruption and a suspension of the social order, but he does not say that society then goes unchanged by the carnival’s presence. Things don’t necessarily go back to exactly how they once were. In the case of this extreme version of a carnival, driven itself by the conditions of uncertainty, it would seem highly likely that the disruptions, subversions and re-orderings have already been far too great for this particular carnival to leave no traces. One thing is clear, in the current conditions it is going to be very difficult to be sure of what we are seeing, and it we do feel sure of what we are seeing then we are probably misleading ourselves.

A shorter version of this piece was originally published in OpenDemocracy.
David Beer is Reader in Sociology at the University of York, UK.